Sir Harry Lauder was an entertainer in Great Britain early in the 20th century. He sang Scottish ballads on the stage and always had a twisted cane or walking stick with him. This plant (Corylus avellana ‘Contorta’) is named after his cane. 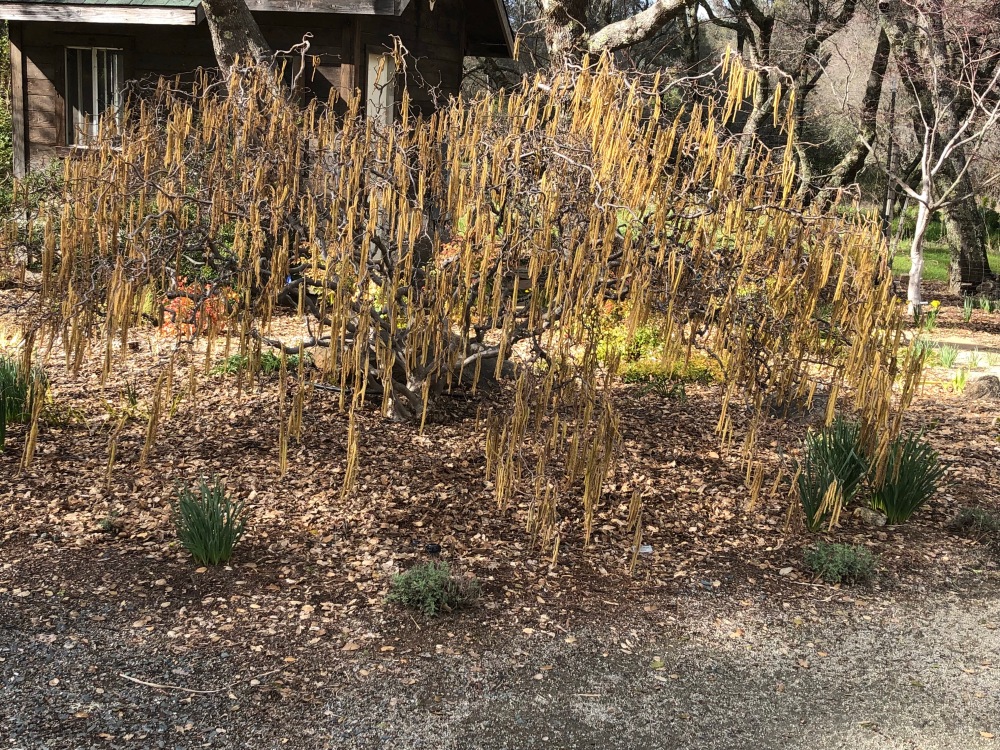 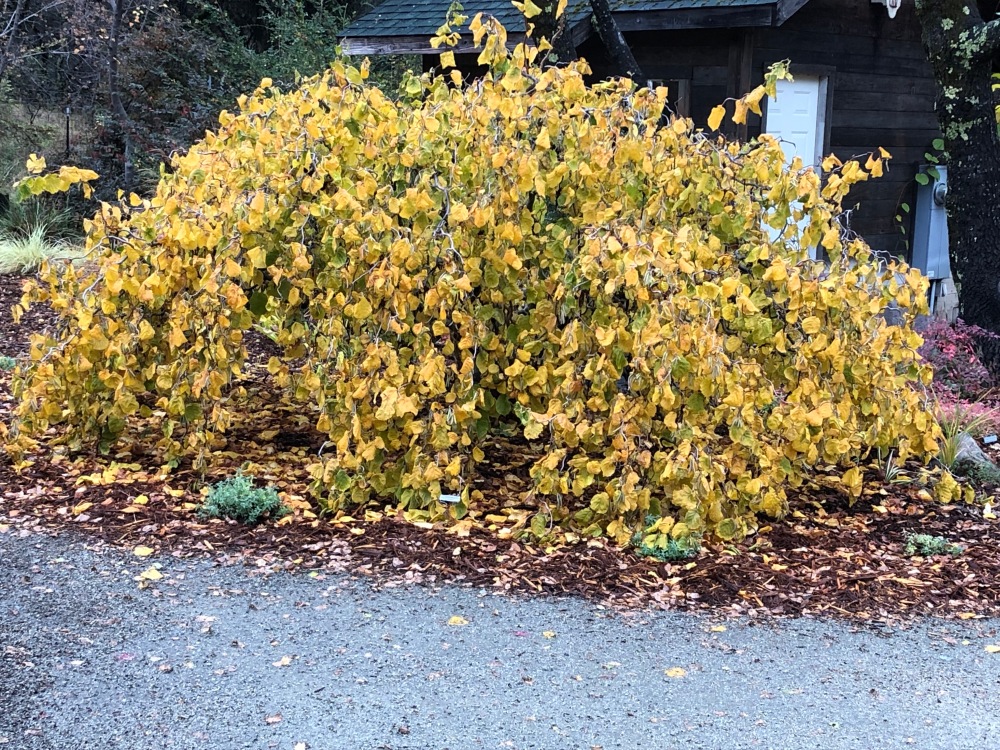 It is noted for its male flowers which are long catkins with yellow pollen. 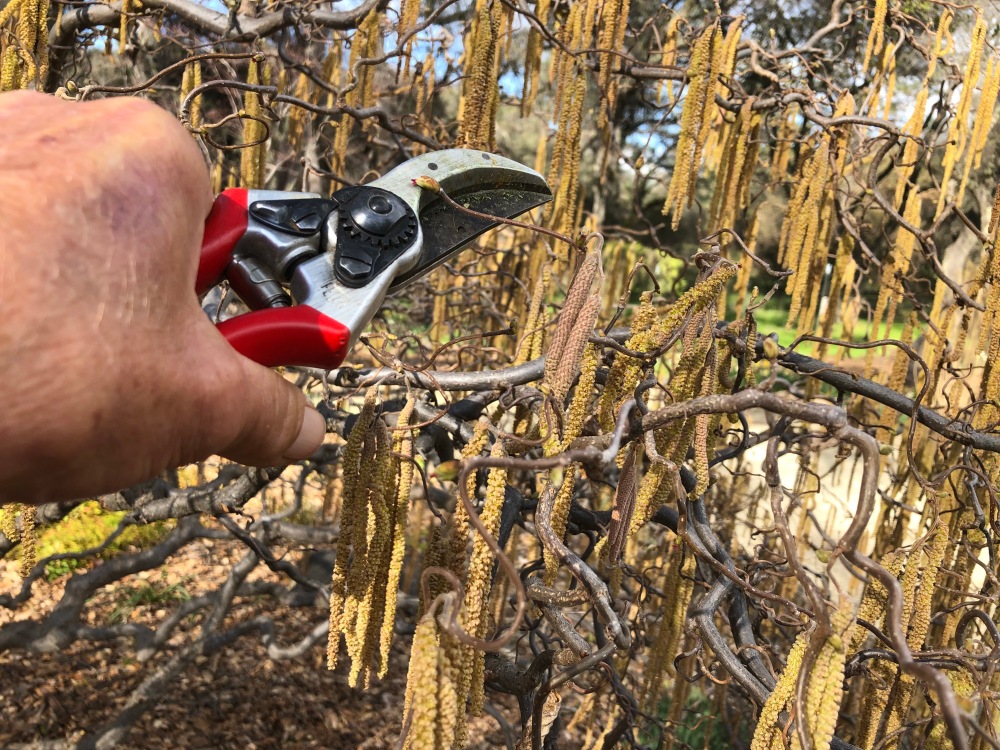 It also has tiny female flowers as seen on the blade of the pruning shears. It is a filbert but I have never seen a nut form.

The catkins start forming in the summer. 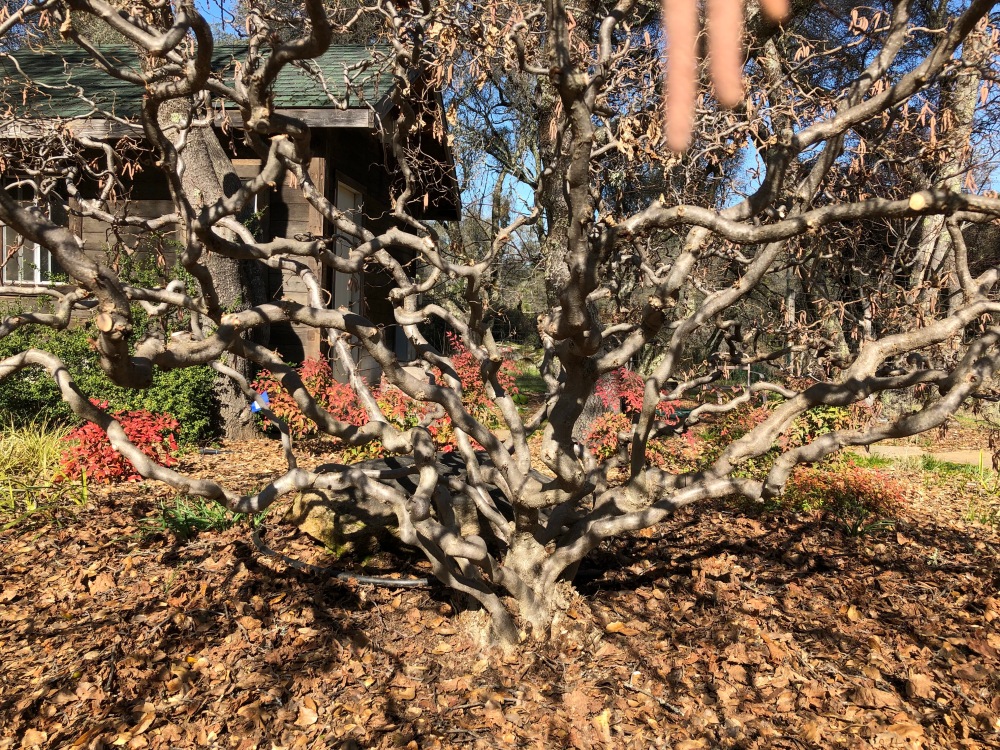 Before pruning. This plant is usually grafted at the ground level and any straight branches below the graft should be removed.

After pruning. This plant has bright yellow fall leaves and can be used as a potted plant.

The twisted branches of this plant are often used in floral bouquets. 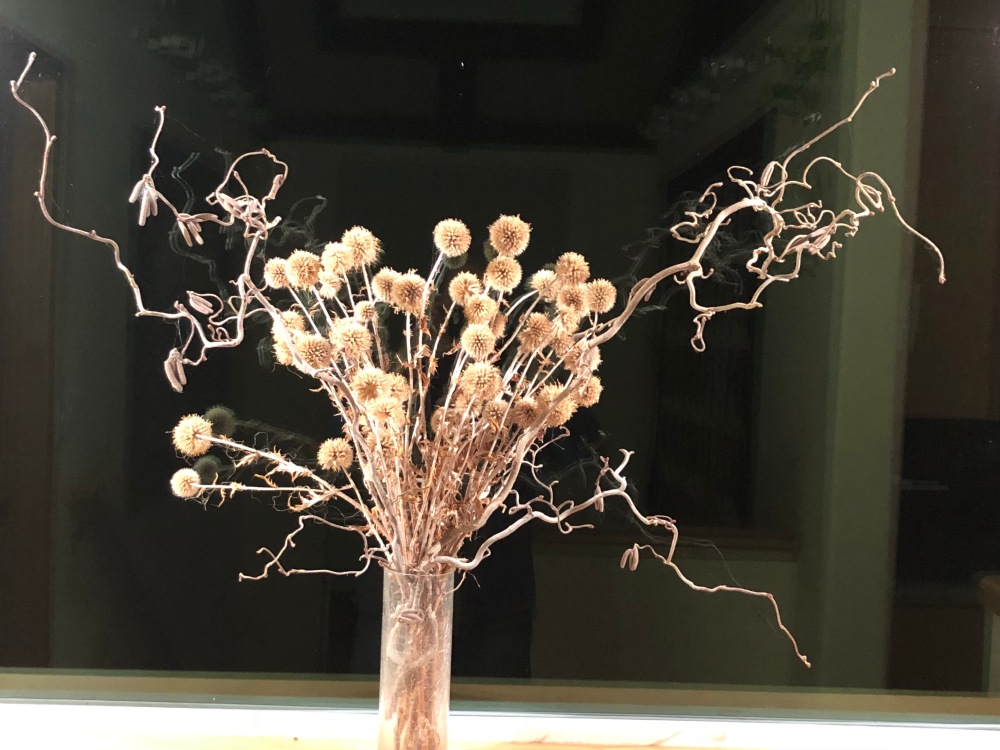 The twisted branch was first noticed growing out of a filbert hedge in England.
It was propagated as a cutting and a graft. 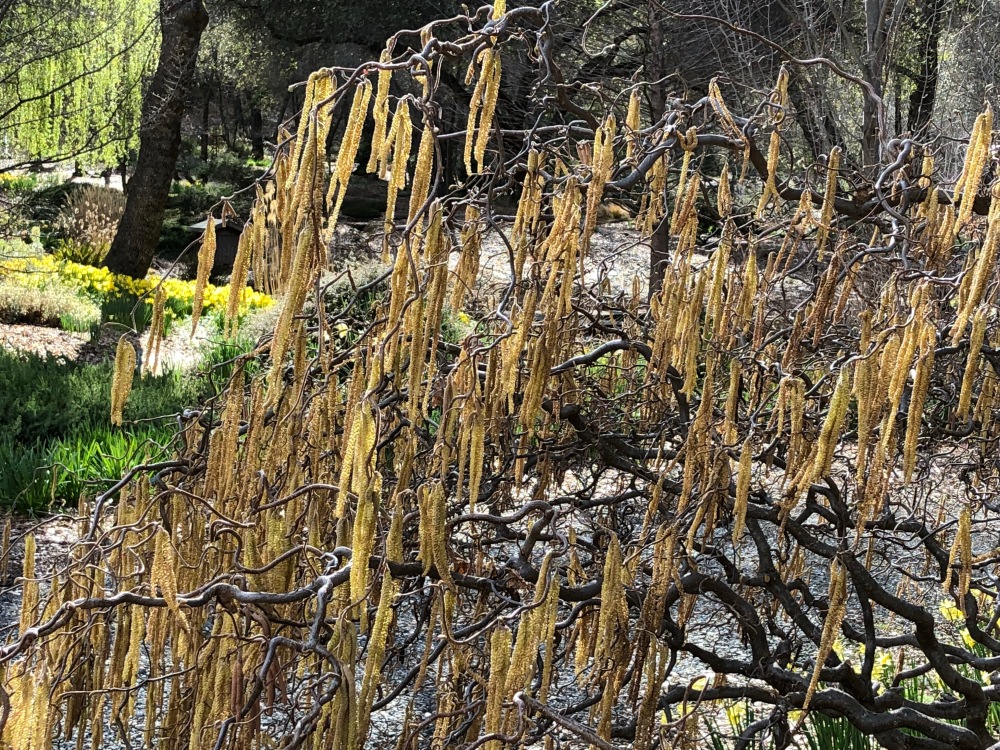 This will be the last blog on the plants in Dawn Gardens for a month. The next blogs will be from Africa showing plant and animal life in the countries of Zambia, Botswana, Zimbabwe and South Africa. My kids and I will be leaving April 7, 2018 and returning April 25.