Hydrangeas are some of my favorite plants but unfortunately the summer weather in Grass Valley is not conducive to growing them. There are many days in July and August when the temperature reaches over 100 degrees and the Hydrangeas wilt.

I have installed a mister for each plant that increases the humidity. The plants do better with higher humidity and plenty of water. 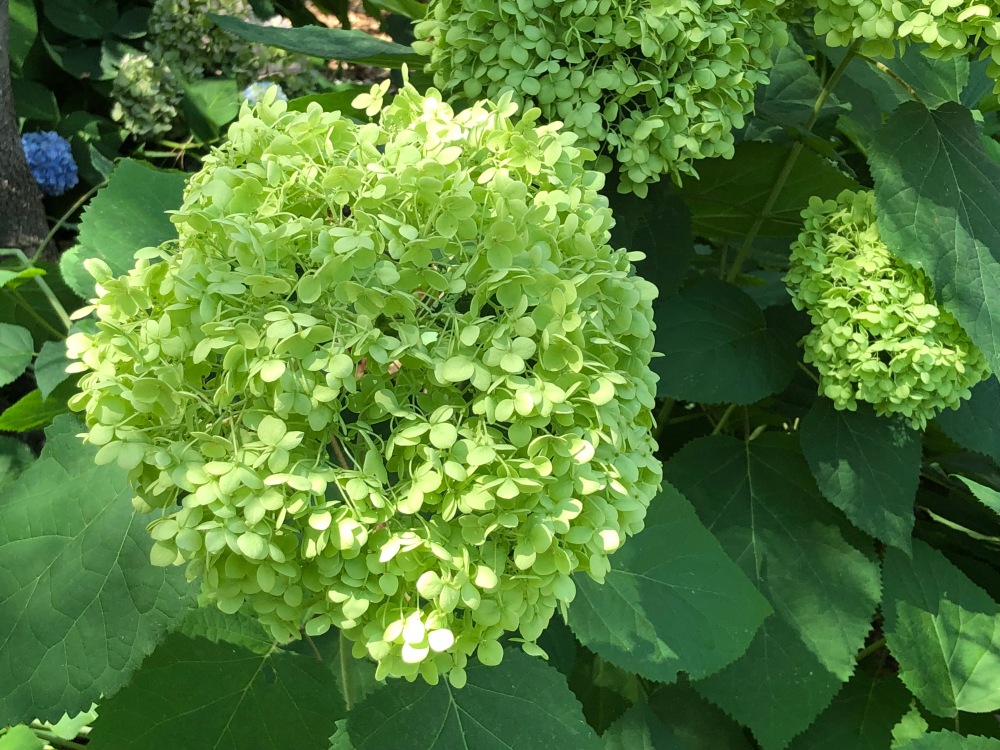 Hydrangea ‘Annabelle’ new flower above and old flower below. One of the best white Hydrangeas. 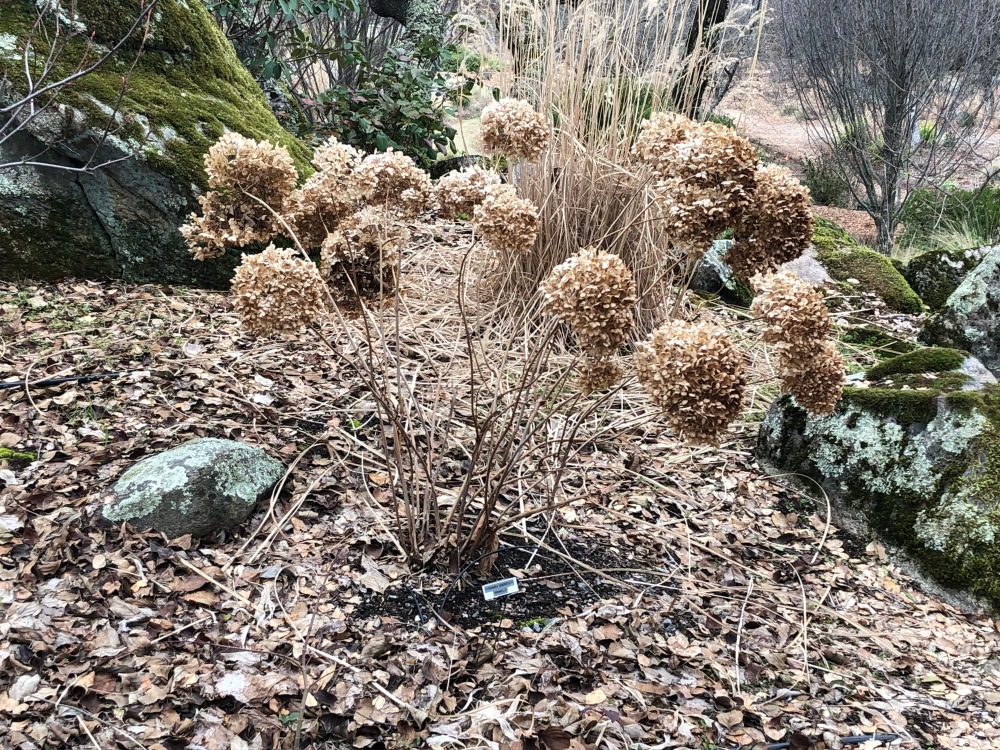 Hydrangea ‘Annabelle’ in January
This is a good dried flower that will last for years inside. 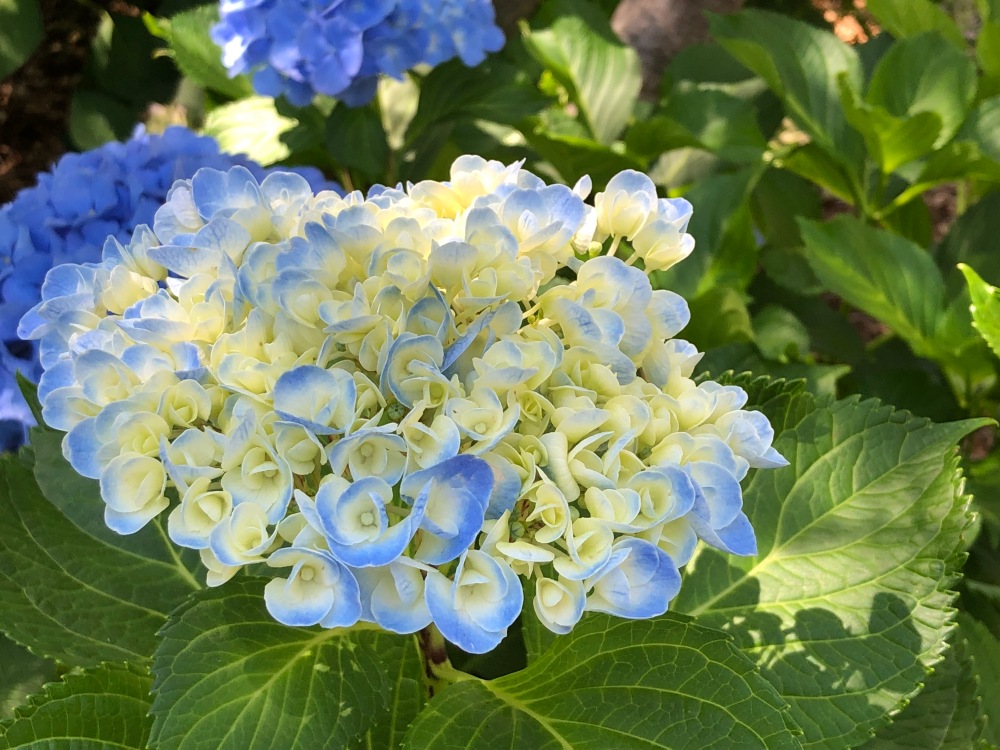 Hydrangea grandiflora new, blue and old over a period of 2 months. 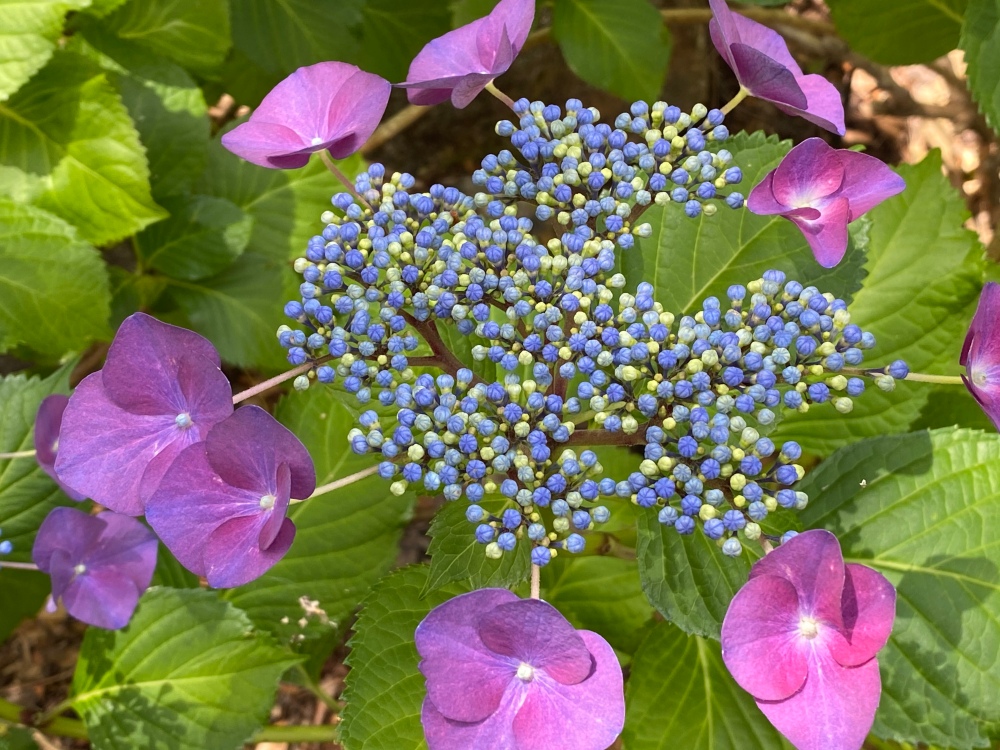 Hydrangea flowers last a long time as cut flowers and also outside on the plant. The photo below was taken in December after blooming on the plant since July. 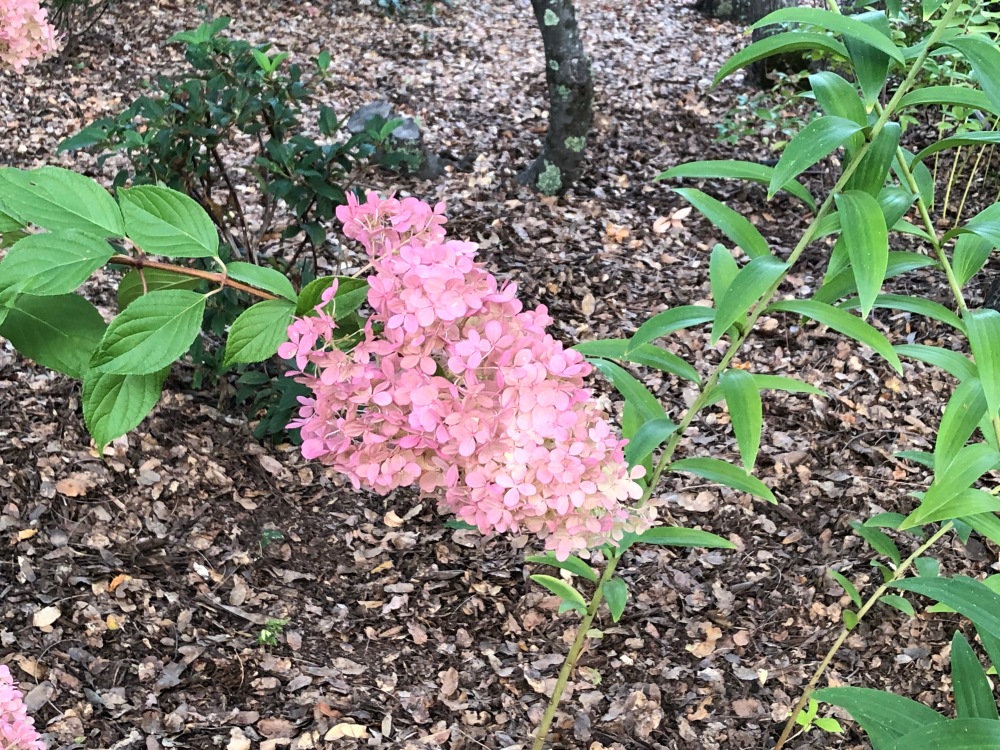 Hydrangeas are usually pruned in December or January along with roses. This is an example of a properly pruned Hydrangea. Some varieties may not bloom the following year if pruned this severely. For those H. grandiflora varieties just remove the stem with the flowers; the other stems will bloom the next year.

This is what the Hydrangea garden looks like after pruning. Note the old flowers laying on the ground still have some color in December.

This is a Hydrangea bouquet picked in December. 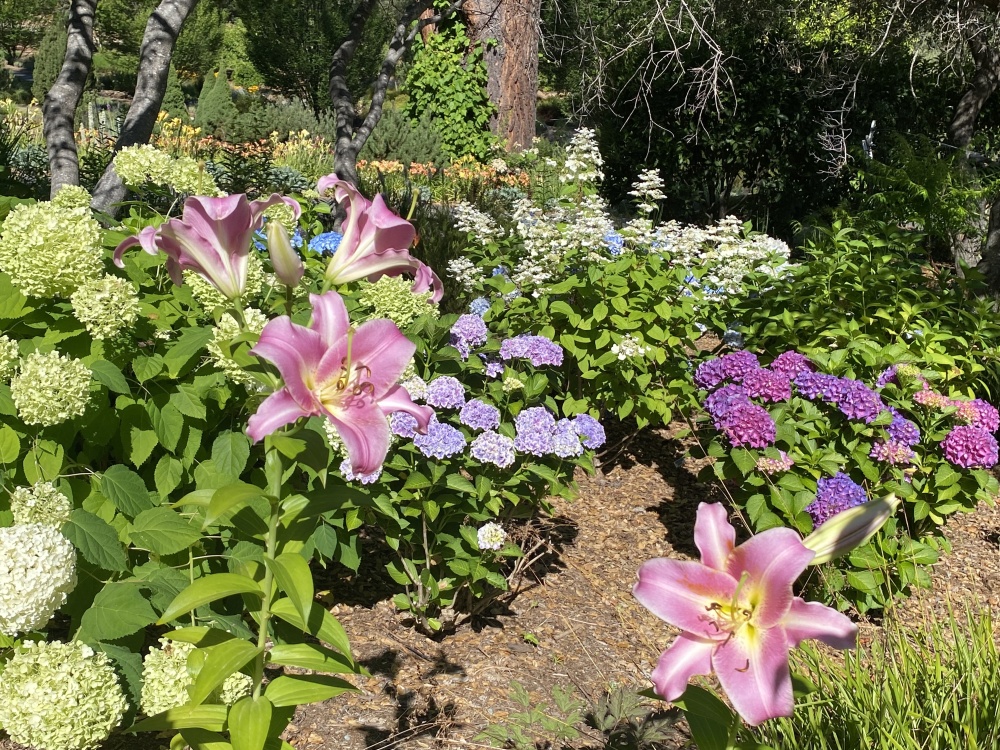 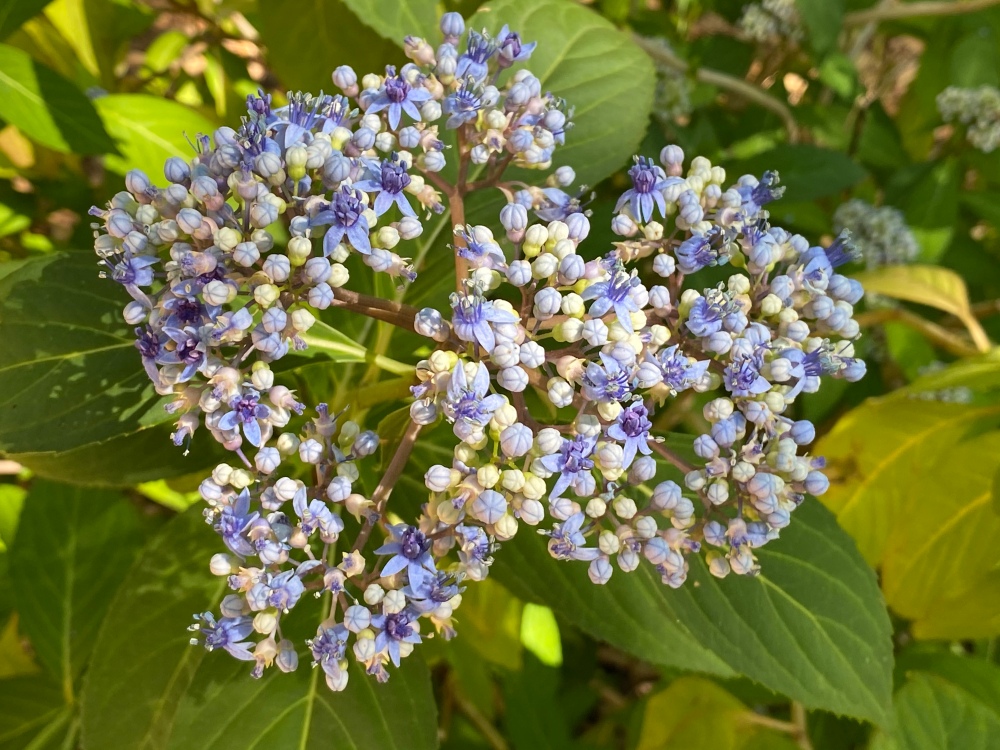