Life for the California Buckeye (Aesculus californica) starts as a giant seed about the size of a golf ball. It falls to the ground and gets covered with leaves in the fall.

January
With the winter rains the seed sprouts and drills a tap root into the soil. 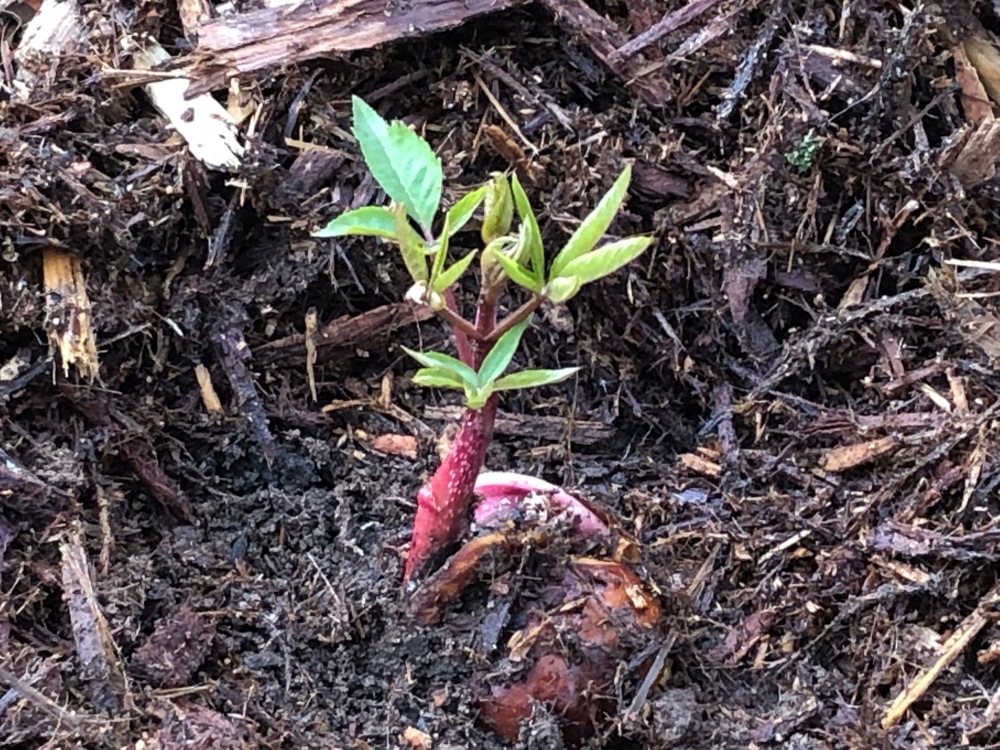 The leaves sprout as soon as the root is in the ground and a trunk starts to develop. 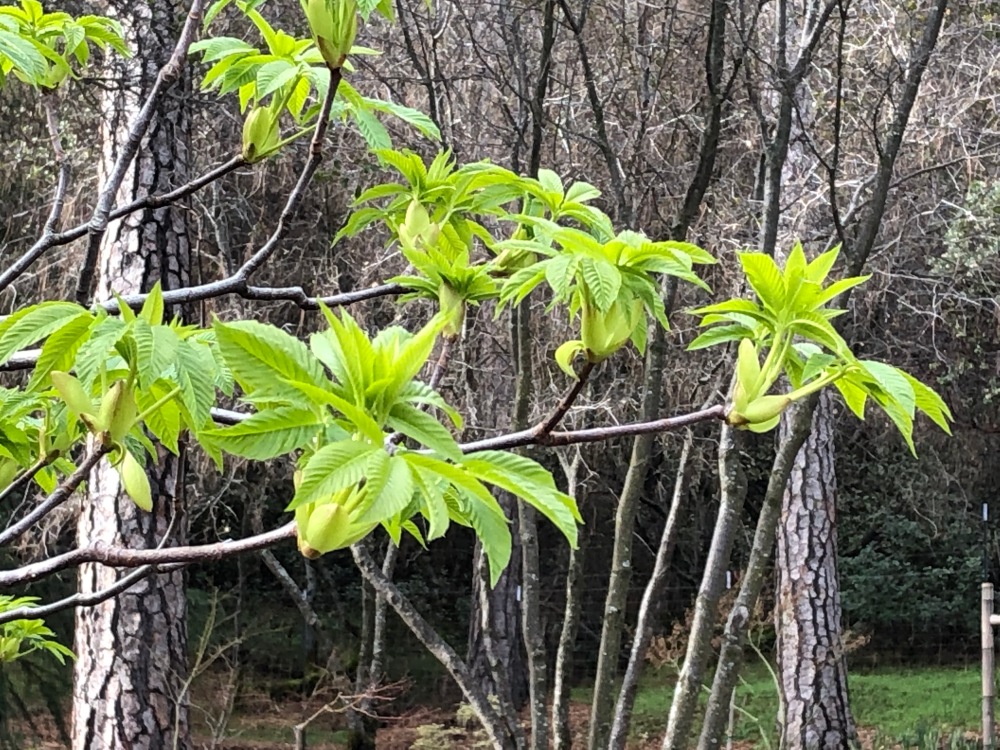 California Buckeye in its native habitat on February 28. 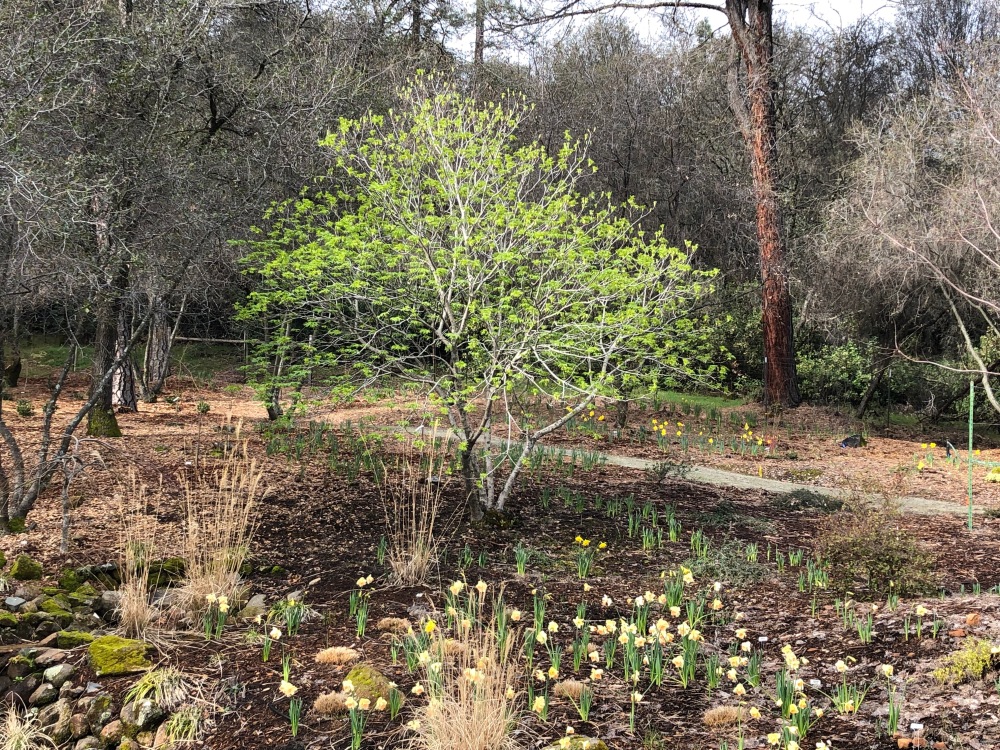 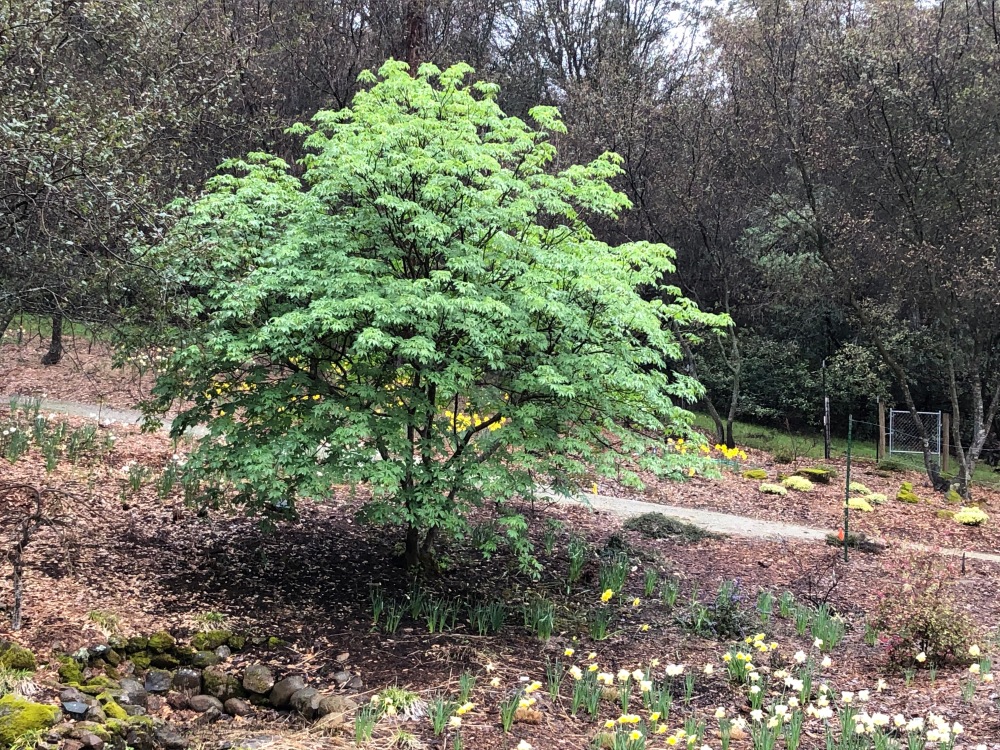 Flower buds are forming on April 22. 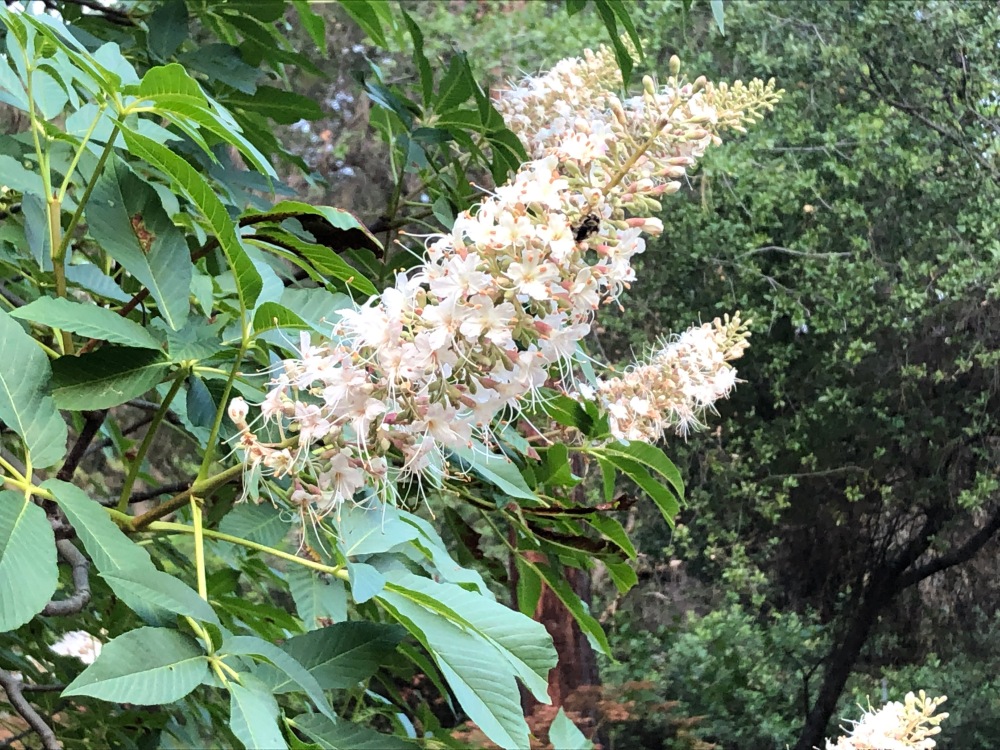 The flowers are beautiful and very fragrant. It is a good source of pollen and nectar for native bees but is toxic to foreign honey bees.

Same tree on September 1. It gets some irrigation so that has delayed dormancy by a month. 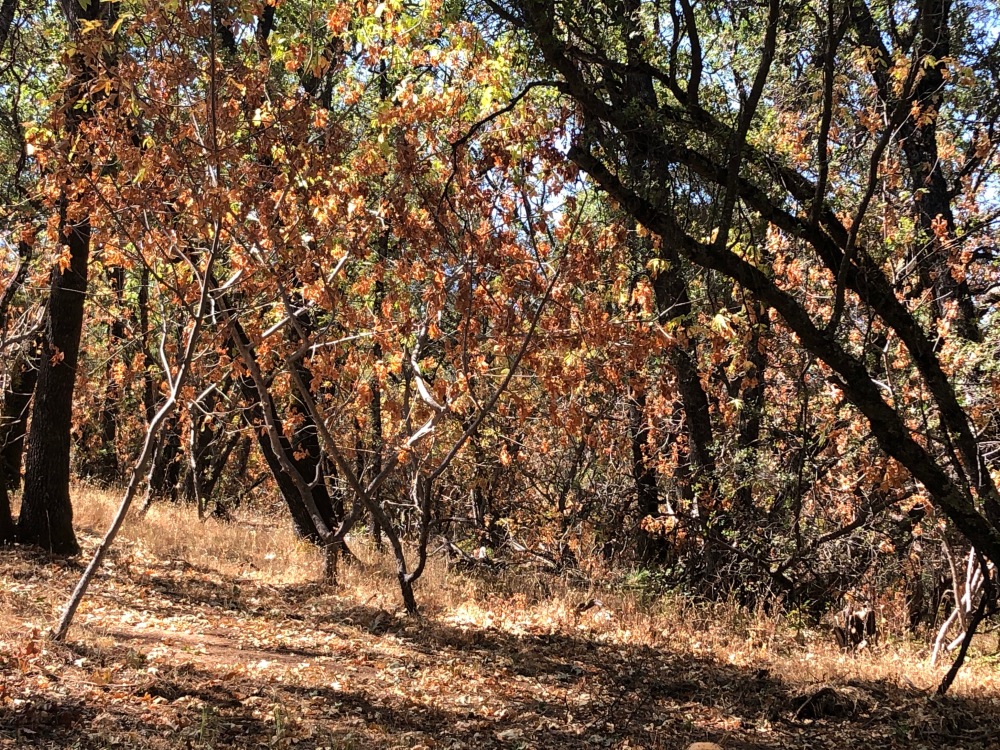 California Buckeye on my neighbor’s property on about August 1.

Here is an ancient Buckeye on the UC Berkeley Campus. The reason that I know that it is ancient is that it was there when I was there over 50 years ago.