Buckwheats are small woody shrubs that are native to California and the West.  They have a long bloom time and they are distinguished by the flowers changing colors from the beginning to the end of the season. The 3 photos below are Eriogonum fasciculatum (California Buckwheat).  The first photo was taken in June and the second was taken in July and the third in September. Most Buckwheats gradually change to a rust color. 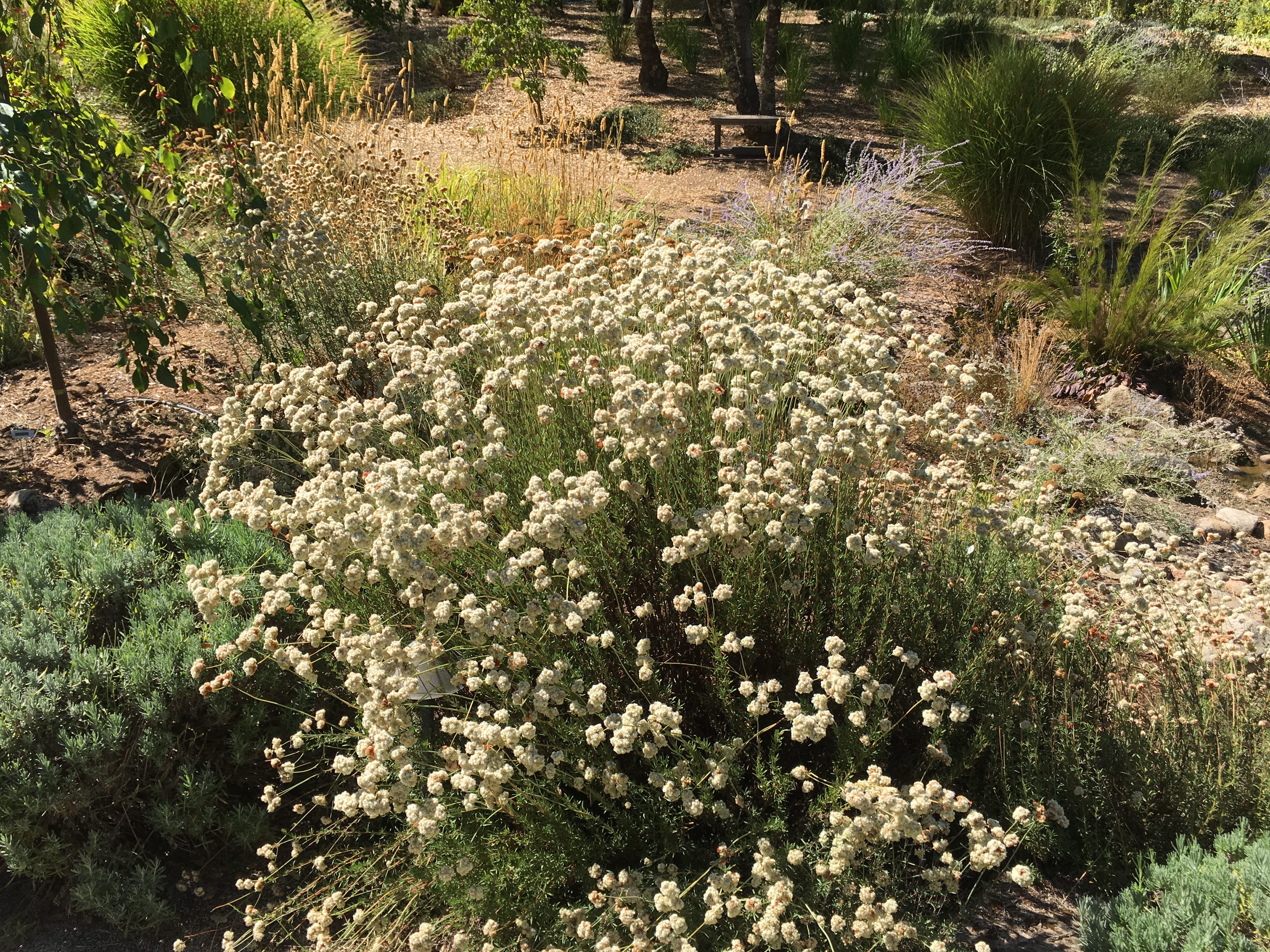 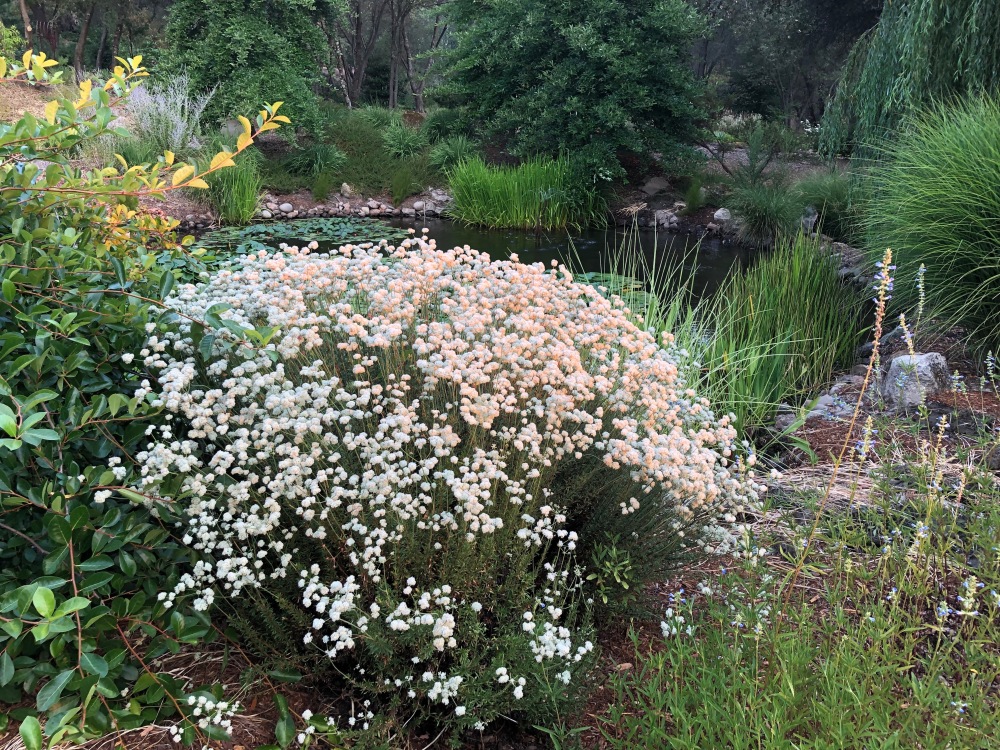 Here are some other species: 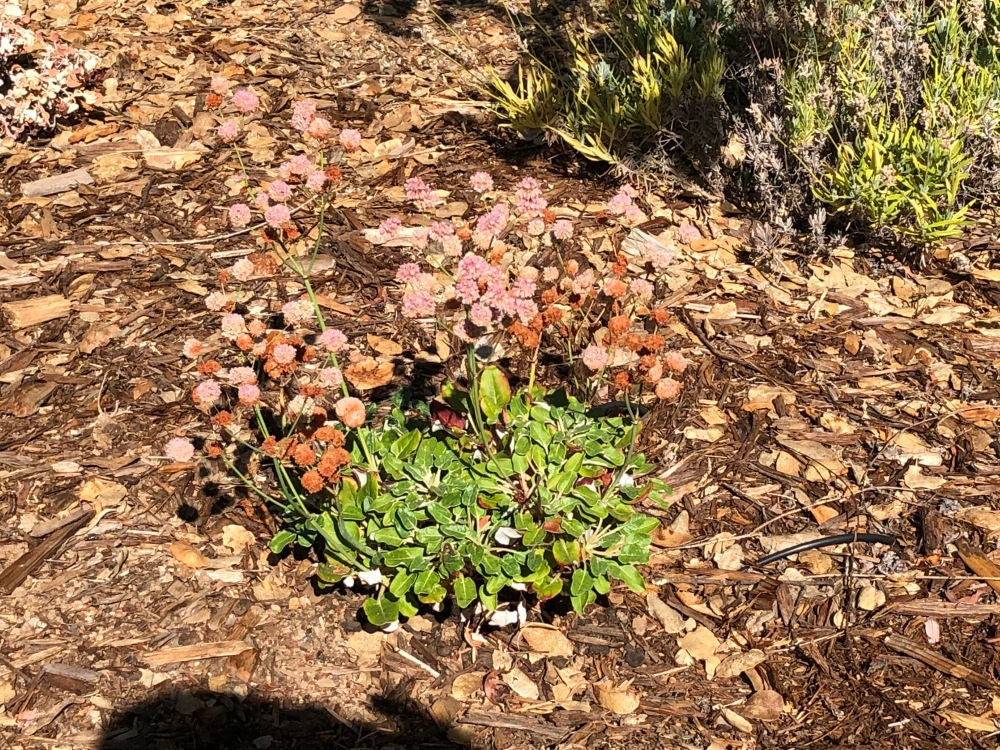 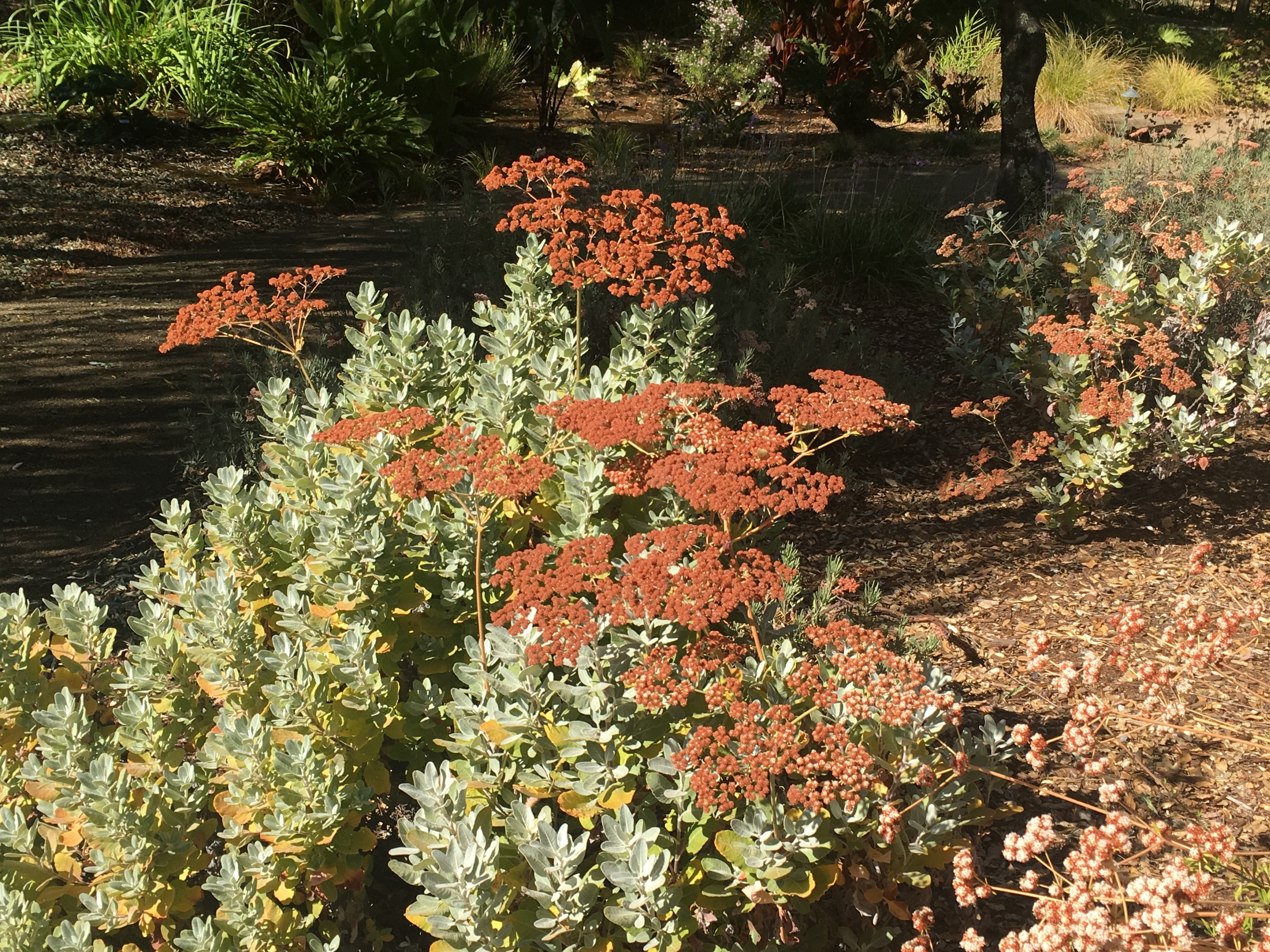 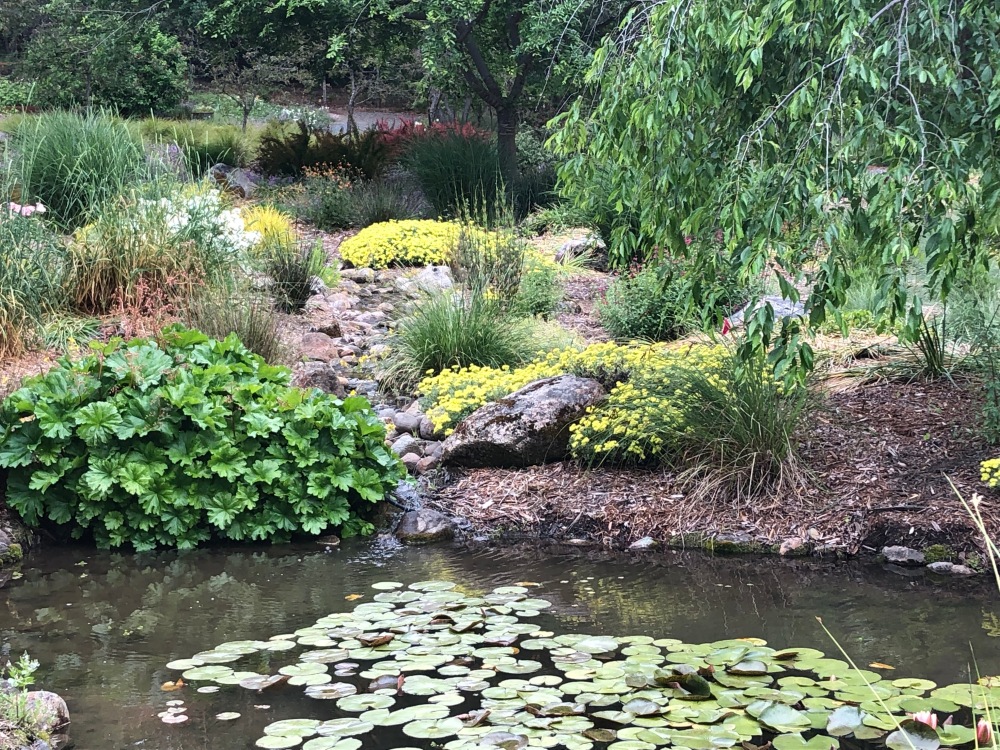 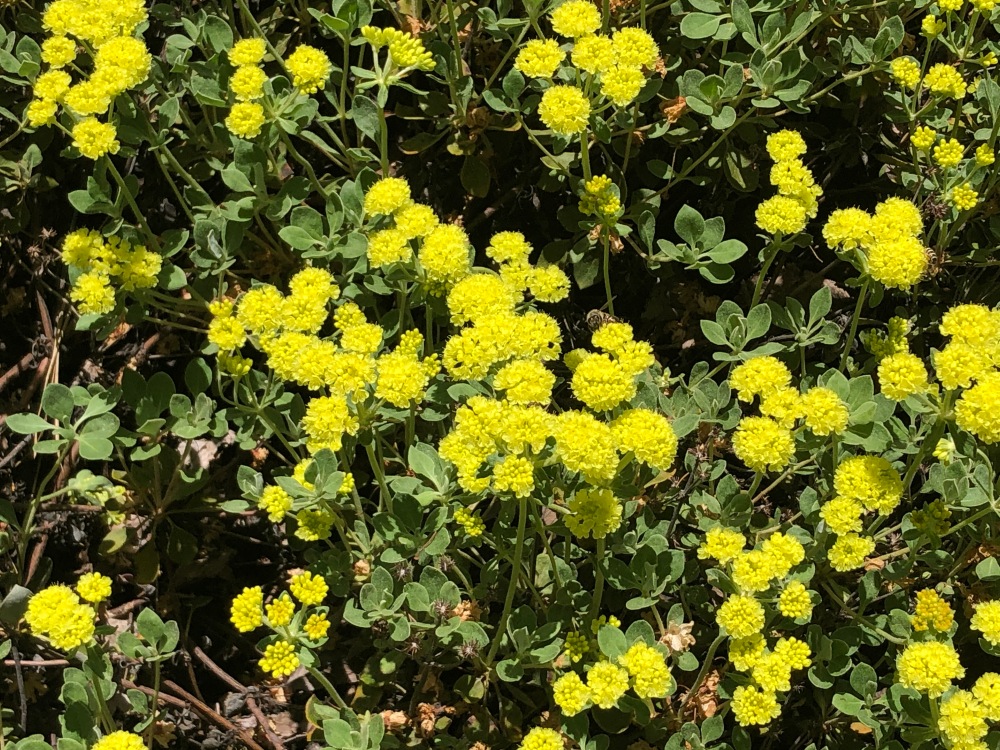 Buckwheats need good drainage but are very tolerant to heat, drought and poor soil.  At Dawn Gardens they are planted with 2 emitters for each plant and irrigated 3 times per week.  After a couple of years they can tolerate almost complete drought as I discovered when the drip line was kinked all summer and I didn’t notice any adverse effect on them.